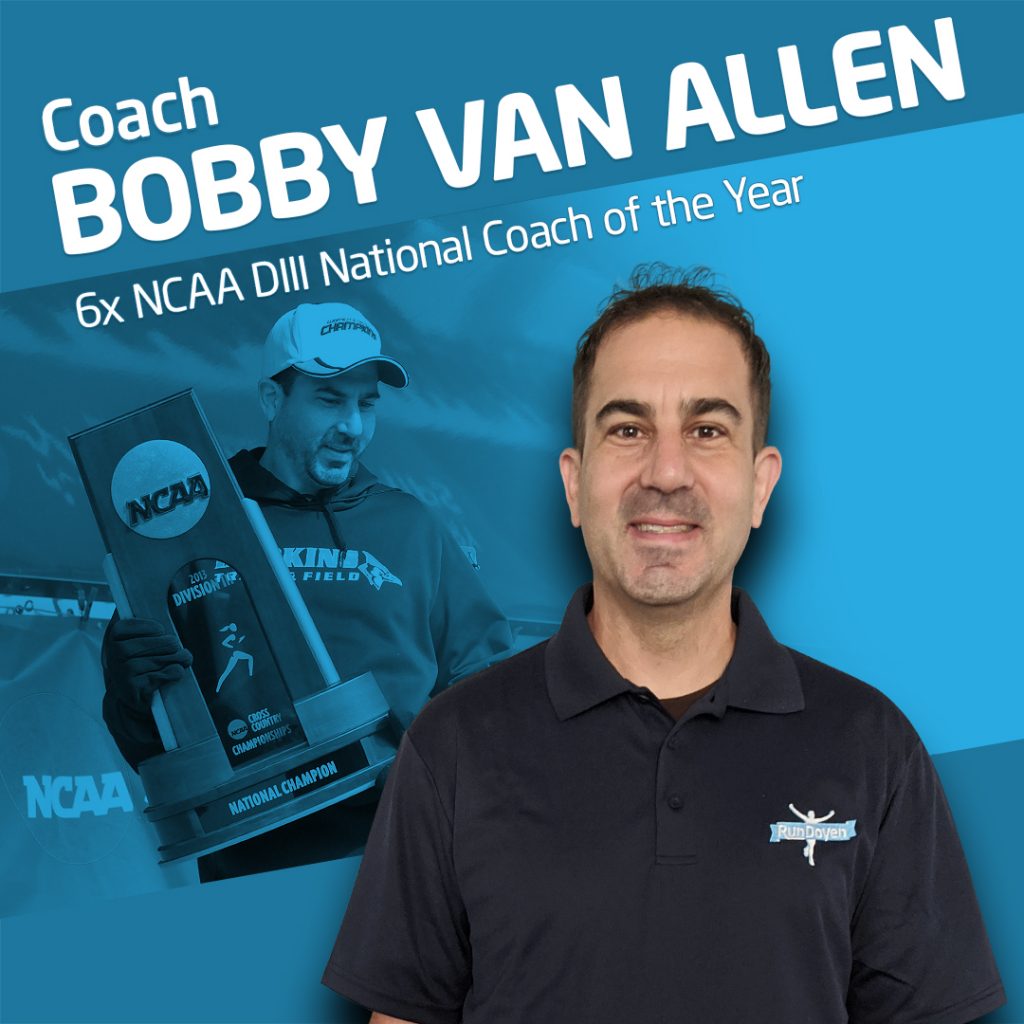 Schedule a Free Consultation with Bobby

My number one focus with every athlete I coach is to keep the athletes healthy, motivated, and enjoying the journey. I build in a lot of supplemental training into individualized programs to include aqua jogging, yoga, and strength training mainly focusing on dynamic core work. I work alongside the athletes to help guide them to a consistent training program that will develop them and help reach their goals. I will always train as an optimist and set forth high reach goals yet ones that are realistically attainable. There is a focus on targeting all the energy systems that are utilized in our sport and being able to explain the purpose of each training session related to my background in exercise physiology.

Bobby began his running career at Centennial High School in Ellicott City, Maryland where he joined the cross country team after breaking his shoulder ending his baseball and football career.  By his senior year, he would lead the team to the 1993 state cross country championship and multiple top 3 finishes in track.  He would go on to study Kinesiology at the University of Maryland focusing on exercise physiology and biomechanics while earning All-IC4A honors for the Terps cross country team and becoming an ACC Finalist in the mile..  After a 6 month stints as a volunteer coach upon graduation, he then was lured to coach the Johns Hopkins Blue Jays in Baltimore, MD at the ripe age of 22.  22 years later, he has taken the program from the bottom of the Centennial Conference to the top of the Nation, earning over 30 Centennial Conference and Regional Coach of the Year honors. After Johns Hopkins had a total of 5 combined All-Americans in the 1900s, Bobby has already amassed oved 100 All-American honors in his 20 years, including NCAA National Champion Andrew Carey in the 800m, and over 10 athletes to NCAA top 3 individual finishes.

Bobby attributes his success to being able to cater individual programs to the athletes and working around their busy schedules to put together realistic training schedules that focus on the athletes overall health and well-being. He strongly believes in developing self-confidence and optimism in each athlete while catering a program that will bring out the best in each individual.  Bobby and his wife Lindsay reside in Catonsville, MD with their two daughters Olivia and Avery along with their dog Mason.