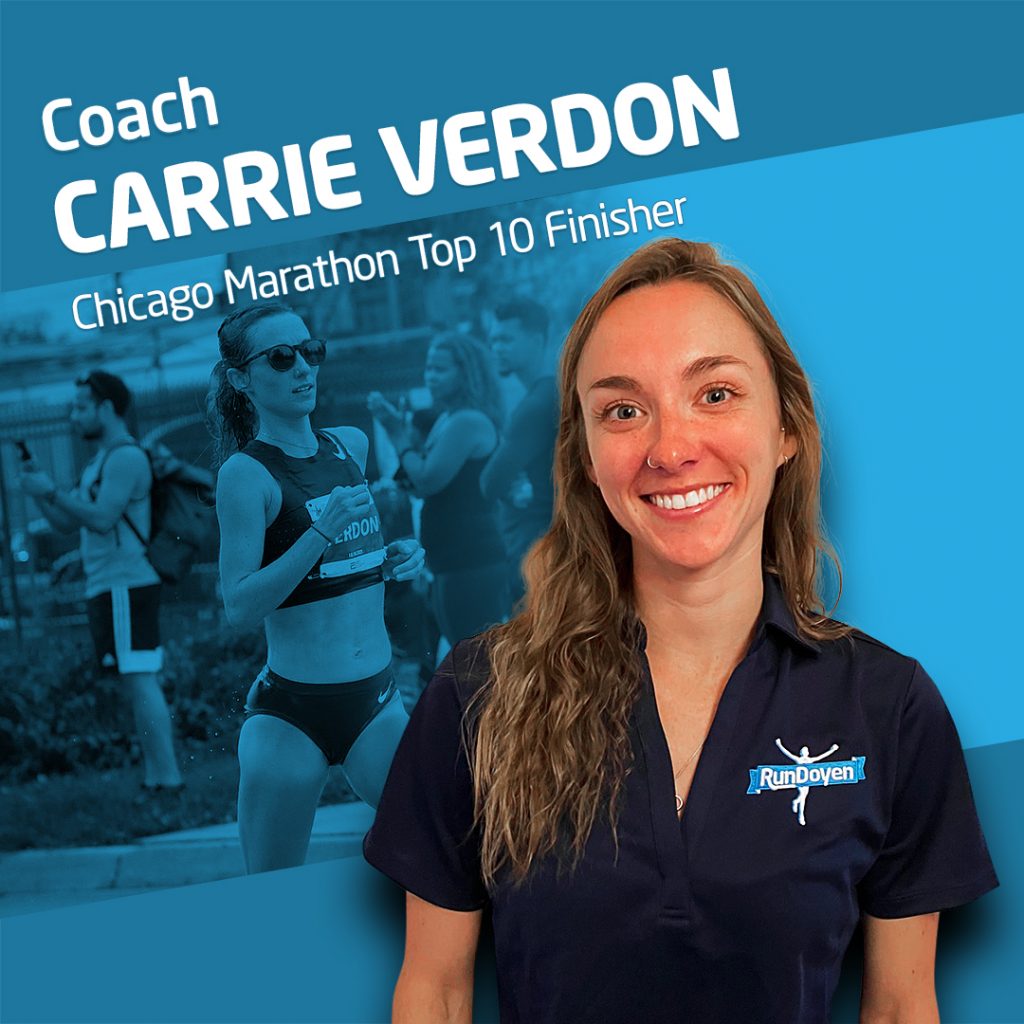 Schedule a Free Consultation with Carrie

Consistency and balance are the two main factors that drive my training philosophy. Consistency over time will allow you to continually grow and to challenge yourself, while balance will allow you to enjoy what you are doing and be able to get the most out of your training, and everyday life. I strive to help you fall in love with the process, and do so in a healthy way that works specifically for your lifestyle and goals.

I like to find the silver lining in everything, and value the small wins we see in our daily life and training. These small steps over time add up to some leaps and bounds when it comes to our running goals!

Carrie’s running journey is full of many highs and lows. She started running in high school in California, where she was a 2 time state cross country champion. She also competed at the prestigious Footlocker Nationals where she placed 15th. She continued her career at the University of Colorado where she was coached by Mark Wetmore and Heather Burroughs. In her first year at CU, she qualified for the World Cross Country Championships in Poland as a Junior, where she placed 19th. After a successful 2 years in the NCAA Carrie began to see her dreams fade away as injury after injury derailed her forward progression.

After graduating college, Carrie took time off of competitive running to obtain her Master’s degree and began teaching. After not competing for almost 2 years, she decided her running career wasn’t over yet and reached out to her current coach, Lee Troop. Since coming back into competitive running, Carrie has strung together years of consistent, injury free training, all while working as a teacher. She has represented the USA in cross country, qualified for both the 10k and 5k at the Olympic Trials, has been 2nd at club cross country nationals and the USATF 10 mile championships, and now has her eyes set on the marathon for the next olympic cycle.

The highs, lows, and every moment in between that running has given Carrie over the years has shown her how transformative and life changing this sport can be. It has shown her how years of injury-free hard work and dedication can make some of your wildest goals come to life. While she is still highly competitive in her own running career, she also wants to share what running has brought to her life through coaching; helping others be transformed in their own way through the sport. She understands that everyone’s life and running journey’s will be different, and finding the balance between the two is imperative in making sure you are enjoying what you are doing while still achieving your goals. Whether you are finding running later in life, want to lower your PR’s, or make jumps to a higher level, Carrie is here to help you achieve all of your goals!