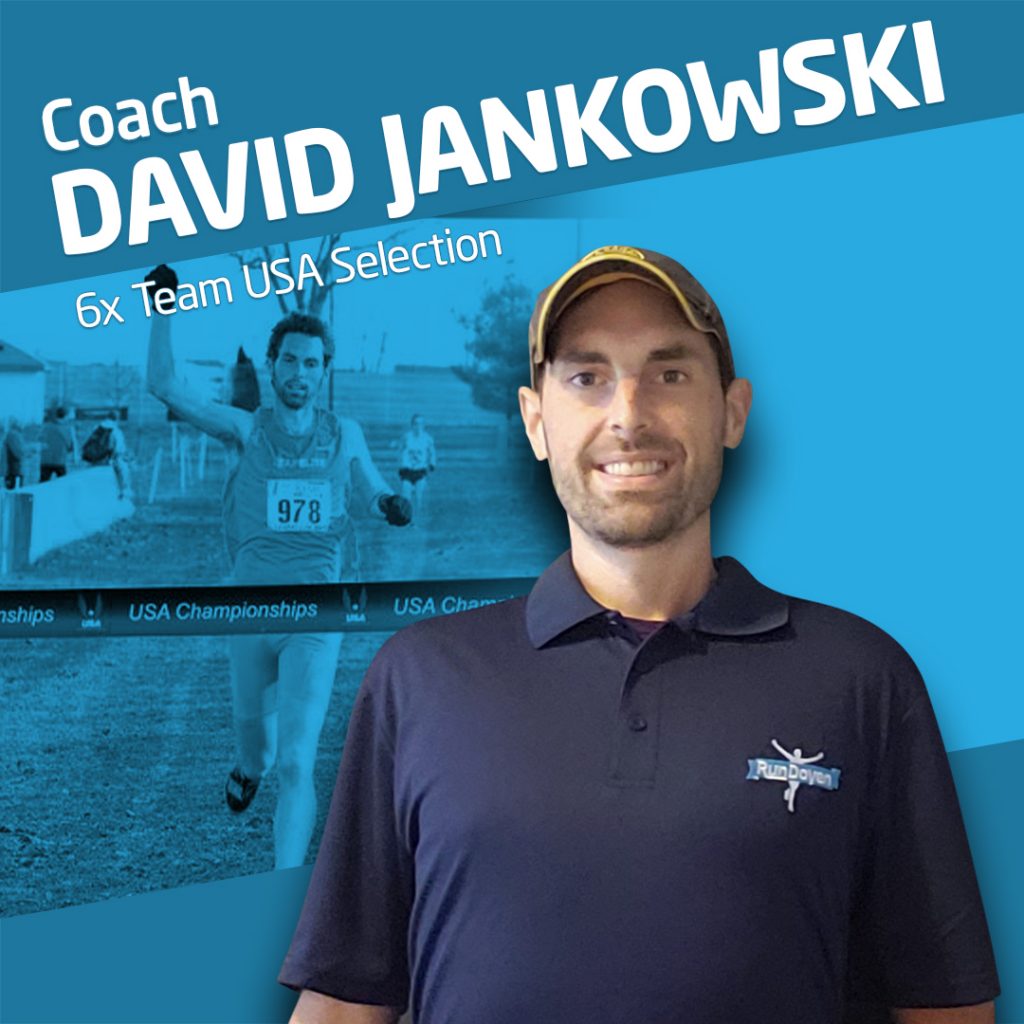 Schedule a Free Consultation with David

No two runners are the same, and therefore, no two training plans will be identical. I focus on understanding each runner’s specific talents and helping them unlock skills to maximize performance. This means building a strong endurance foundation before tailoring workouts for specific skill sets.

While molding your body to best capitalize on your unique skills, I also focus on providing tools to enhance your mindset. Through my experience, I have found mindset and mental well being are the largest barrier between an athlete and her goals. My goal is to provide my athletes with mental tools to enhance both training and unlock hidden potential.

David is a student of the sport. A passionate runner and coach, the Idaho native spent his early years racing for the collegiate powerhouse Oklahoma State before beginning a professional running career. Over 6 years and thousands of miles, David ended his professional tenure as a U.S. National Champion, six-time selection to Team USA, and two-time U.S. Trials Qualifier.

As a professional athlete, David learned what it takes to succeed on the biggest stages, placing top 5 at multiple US Championships and learned alongside the greatest coaches and athletes in the world while competing for Team USA. These experiences taught him what it takes to compete and win at the highest level of the sport.

As a coach, David focuses on building on each athlete’s strengths to maximize performance. His approach has led his runners to see exceptional improvements and achievements at the high school, college, and post collegiate levels.

As a student, David completed a Master’s in Psychology coupled with healthy independent study, to understand the connection between the brain and performance. His study has helped him develop a series of tools to unlock running potential.

David melds his unique backgrounds as a highly competitive athlete, successful coach, and psychologist; to help runners achieve and exceed their goals.