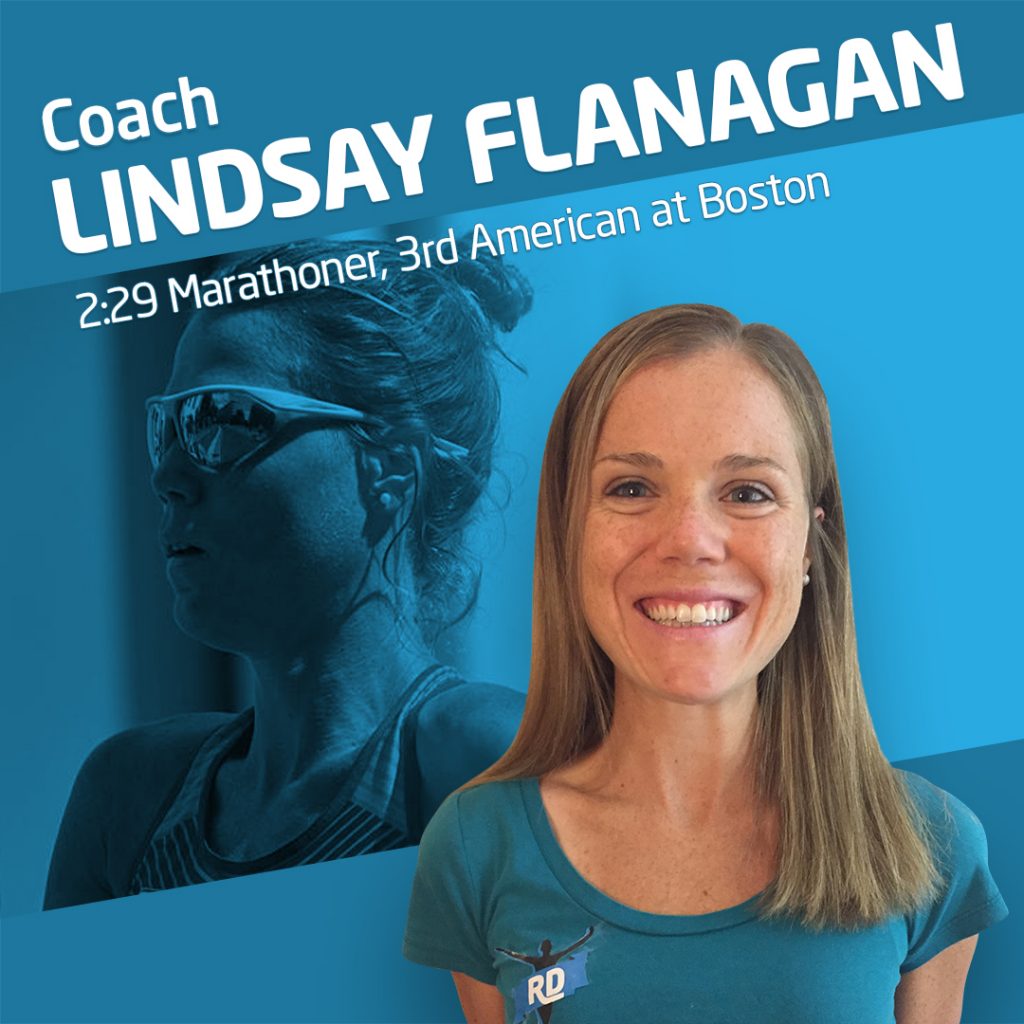 Schedule a Free Consultation with Lindsay

“I’m passionate about helping runners of all ability levels discover their true potential in the sport. Running has been a huge part of my life for over a decade and I’m excited to use my past experiences to help others reach their goals.

I believe consistency is the key to improvement. Big breakthroughs don’t happen after one great workout, but, rather, after many strong ones strung together. Along with consistency, patience and focus are essential when it comes to marathon training.

I prioritize recovery days and believe they just as important as hard days. These days allow us to absorb the hard work we have been putting in and help keep injuries away.”

“It’s rare to hit a home run the first time you step up to bat. This is especially true when it comes to the marathon. However, Lindsay knocked one out of the park at the 2015 Chevron Houston Marathon, where she debuted in 2:33.18- A time that also qualified her for the 2016 Olympic Trials.

After a strong marathon performance, it was tempting for Lindsay to neglect the shorter distances and solely focus on 26.2. But Lindsay had some unfinished business with the 10k, an event she earned All-American Honors in while competing for the University of Washington, and decided to keep working on her speed. She went on to run 32:22 at the Payton Jordan Invitational, qualifying for the Olympic Trials in another event.

With some newfound speed under her belt, Lindsay had her breakout race at the 2016 Frankfurt Marathon, where she finished 4th in 2:29.27. Her time was one of the fastest run by an American that year and she was chosen to represent the United States at the 2017 World Championships in London.

Lindsay has big goals for the future and is already looking forward to the 2020 Marathon Trials. She understands the hard work and dedication required to get to the next level and is excited about coaching new athletes to big personal bests in every distance.”