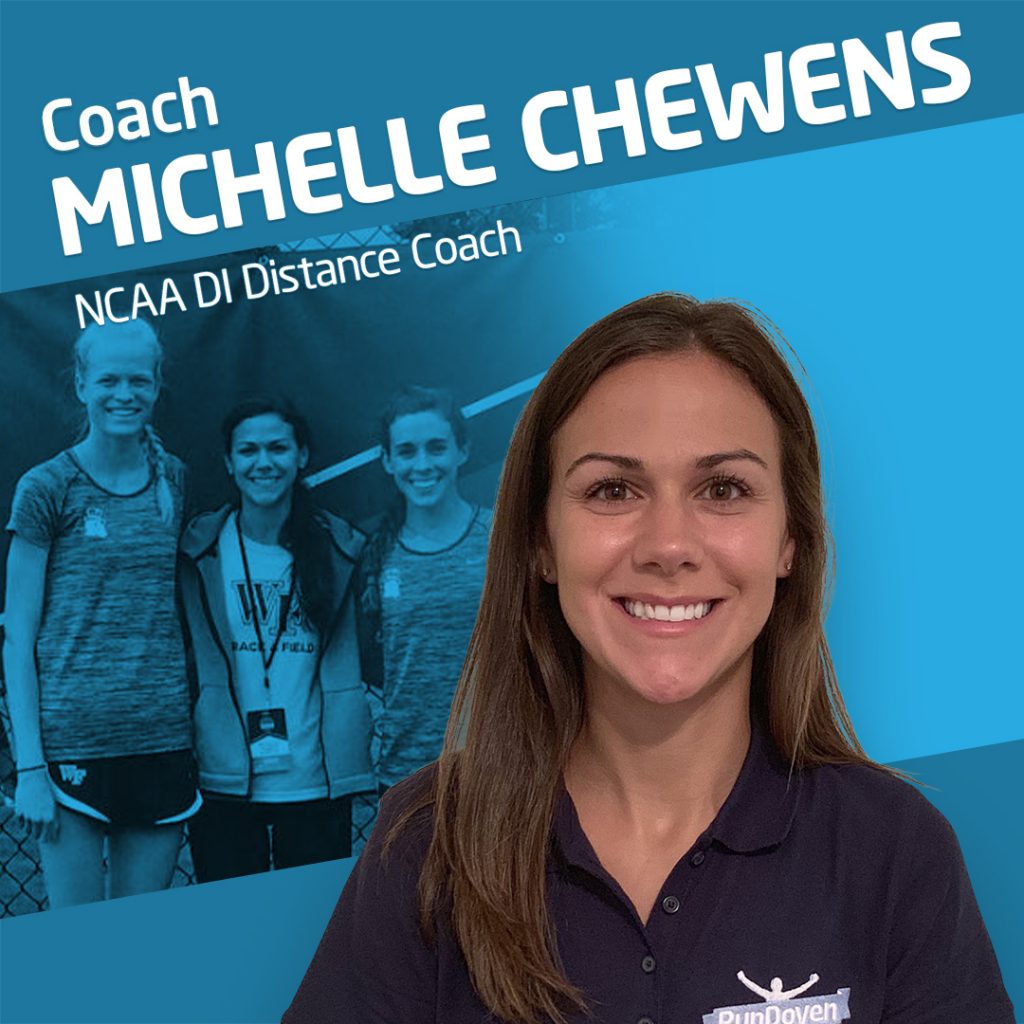 Schedule a Free Consultation with Michelle

I believe in a strength-based training philosophy, but also with a focus on speed development year-round. Consistency is the #1 key. When my athletes are healthy and consistent in training, they see their best results, so I want to help more runners achieve that. I focus on getting to know all my athletes as best as possible so that I can properly build training and make adjustments as necessary.

“Michelle grew up in a small town just 55 miles north of NYC and started running around the age of 12 in middle school. What started as a means to stay in shape for other sports soon turned into a deep love of running and competing. Following a successful high school campaign, Michelle went on to attend the University of North Carolina at Greensboro. As a student-athlete, Chewens was a four-time letter winner in both cross country and track and was a part of UNCG’s first SoCon Championship in 2011. After finishing up eligibility she started her collegiate coaching career after becoming a full-time assistant at her alma mater in 2012. Following her position as assistant coach at UNCG, Chewens went on to coach at University of Toledo, Columbia University and Wake Forest University.

Chewens saw great success during her cross country and track & field coach. As an assistant she helped coach a combined eight All-Americans in track and field and cross country, 21 NCAA East Preliminary qualifiers and several All-Conference performers.
During her time as Head Women’s Cross-Country Coach at Wake Forest, Chewens helped the program see its best ACC and Southeast Regional finishes in over a decade (5th in the ACC, 4th in the Southeast Region). Chewens coached the programs first NCAA Qualifier in the women’s steeple, Ellie Abrahamson, who went on to earn All-American honors with a school record time of 9:56. Chewens also had the women’s first NCAA Qualifier in the women’s 10k in over a decade, Sam Halvorsen, who went on to earn Second-Team All-American honors. At the end of her time at Wake Forest, Chewens had several athletes climb the top-10 list in multiple events from the 1500 through 10k. Top times included 4:21 in the 1500, 9:56 in the steeplechase, 16:01 in the 5k and 33:32 in the 10k. Chewens now serves as volunteer assistant coach with the men’s and women’s distance teams at the University of Mississippi.”