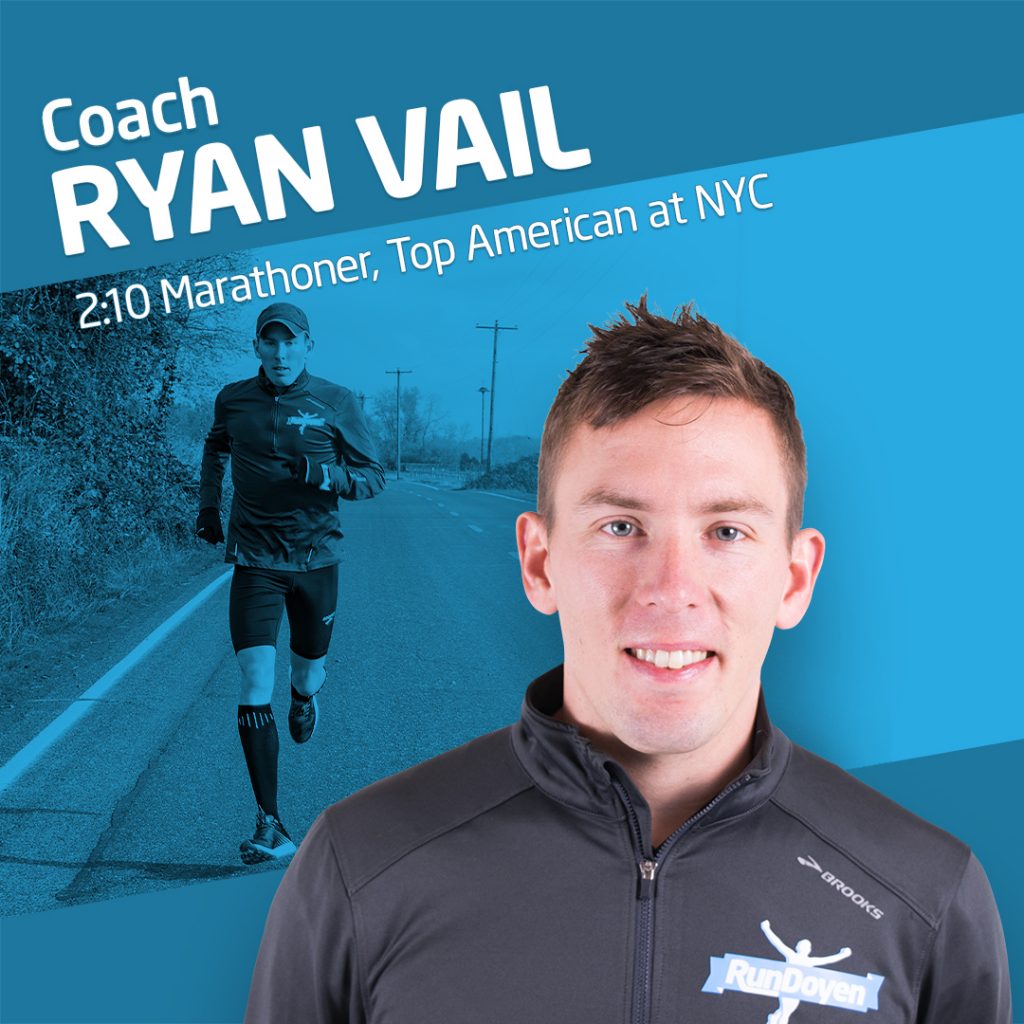 Schedule a Free Consultation with Ryan

I push variety when it comes to training. To be successful, you have to enjoy running, which means changing up workouts, paces, locations, etc. Keep it fresh!

My development has been anchored by consistency and patience. My own coach instilled this in me from day one, and I want to pass along the same lessons.

I want to help runners who are passionate about improving. Improvement may come in the form of faster times, overall well-being, or getting more out of exercise.

Most runners can be forgiven for letting their minds drift to excuses when conditions get tough or their bodies begin to fatigue, it just so happens that this is when Ryan Vail is at his best.

All running demands intense focus and repetition, none more than the life of an elite marathoner.

All running demands toughness, none more than the world cross country championships.

Having run a 2:10 marathon (5min per mile!) and finished in the top of major marathons from London to Berlin to New York City, Ryan has grown to live, love and excel at the marathon lifestyle.

Having raced for the United States at the World Cross Country Championship, a race many consider the most competitive in the world, on five separate occasions, Ryan has shown that despite the conditions, from thick mud and rain to intense heat and humidity, he always delivers.

Ryan is passionate about bringing what he’s learned about running, preparation and competition from around the world, to athletes of all paces and races.

Having seen it all and risen to the test, Ryan aims to help others love the lifestyle that had given him so much success.