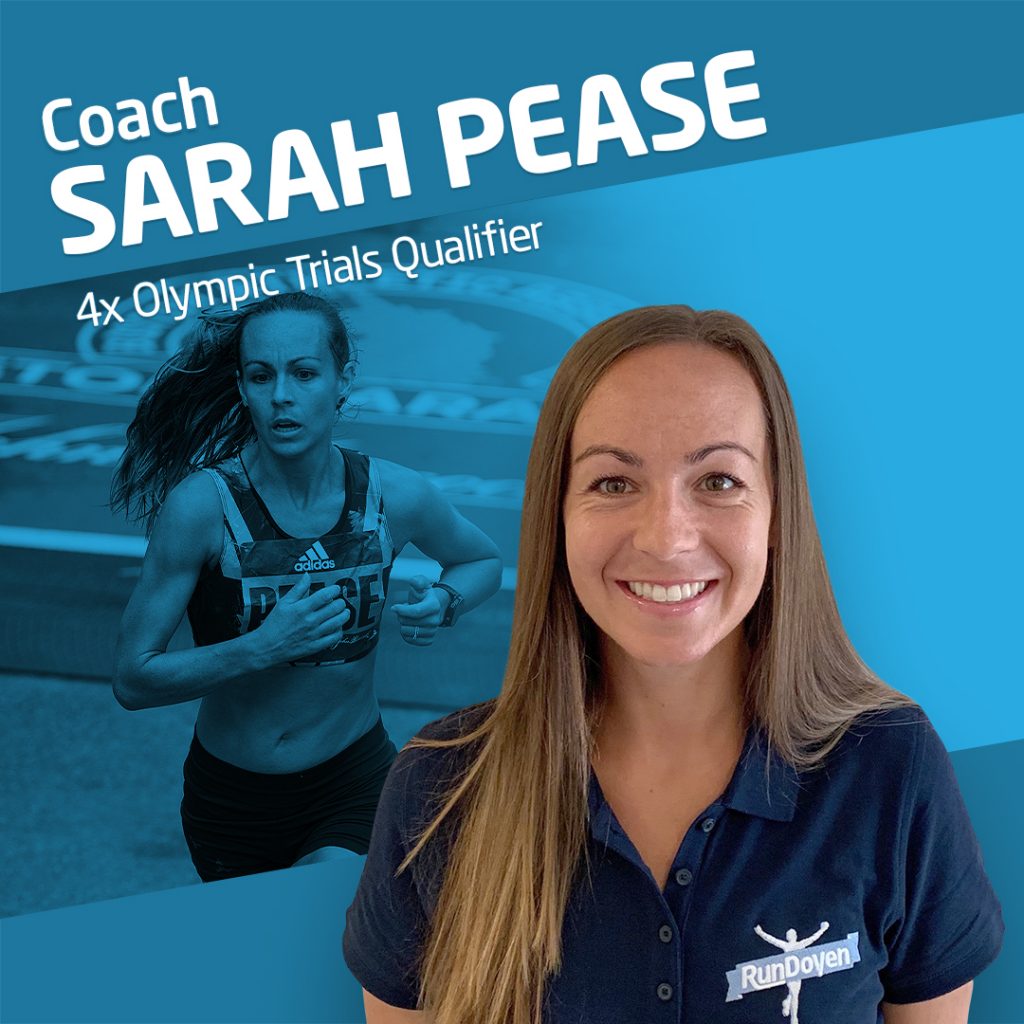 Schedule a Free Consultation with Sarah

“I love coaching because it gives me a chance to help others achieve their goals and push themselves. My own experience as a runner and what I have learned from my coaches has shaped how I view coaching. I believe hard work and consistency are key pieces to improving and achieving goals.

I also know that having a great coach-athlete partnership is essential so that adjustments in training can be made when necessary. Having good communication allows me hold my athletes accountable, but also know when to modify training to fit into life.

Most importantly, I want to help my athletes have fun and enjoy the process. I’m excited to coach athletes from beginners to experienced runners and distances from mile to marathon and help you on your journey!”

Although Sarah has competed in the last 11 USA Track and Field Championships, she did not have the most direct path to running success. As a tried and true Hoosier, Sarah’s first love wasn’t running; it was basketball. Even though her focus was basketball she still found time to compete in cross country and track during the offseason, and quickly began to appreciate the link she found between hard work and results in her running. That hard work eventually earned her a walk-on spot with Indiana University’s Cross Country and Track team.

After a challenging first year at IU, Sarah eventually hit her rhythm and went on to become a three-time All American, school-record holder, and Big Ten Champion for the Hoosiers. After wrapping up a successful collegiate career, she continued her success professionally on the both the track and the roads, qualifying for 4 Olympic Trials in the process and competing all over the globe with the best runners in the world.

Throughout her career Sarah has always known that her true calling eventually lies in coaching. Having the opportunity to train and learn from great coaches, coupled with the experience from her own ups and downs as a runner has shaped Sarah’s coaching philosophy. As a volunteer coach at her alma mater, she has experience at the collegiate level, but has also helped runners of all ages achieve personal bests and finishes in events ranging from one mile to a full marathon. Sarah continues to have big running goals for the 2020 Olympic Trials, but is really excited to coach new athletes and help them achieve their goals.