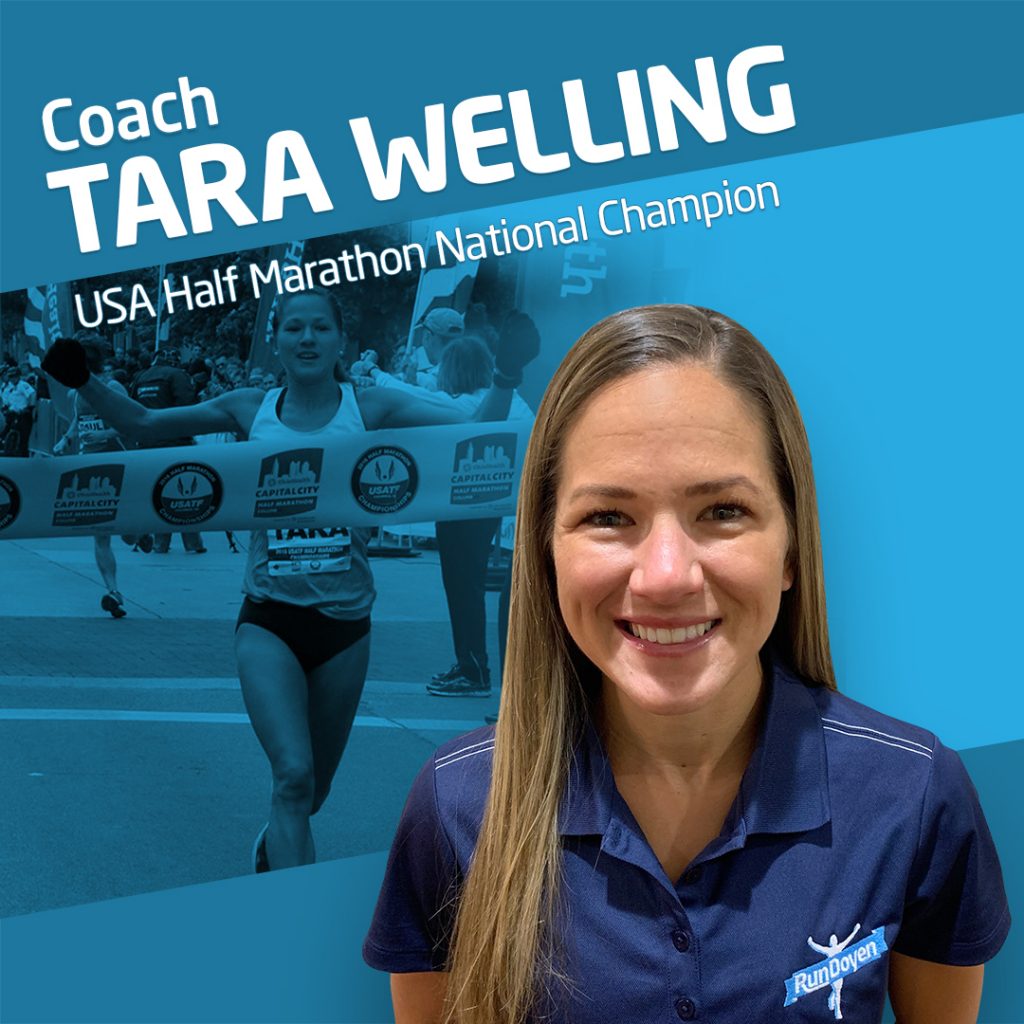 Schedule a Free Consultation with Tara

I believe that to be good at something, you have to do it a lot. Mileage is the foundation to a training plan, and I enjoy helping other runners find what their limit should be based on ability, experience and lifestyle. From there, I look to layer in workouts and strength training plans that work toward a goal.

Over the years, I became a higher mileage runner, but it was a steady progression. I started running and weight training in high school with 30 mile weeks and as a professional have run 100+ mile weeks during base phases at altitude.

I enjoy coaching others who share a passion for running and who are willing to put in the work to become a stronger and better runner. I can help by providing a personalized training plan that challenges you, holds you accountable, and also works well with your lifestyle and individual goals. Whether you are looking to run local 5k’s or train for a marathon I am excited to be a part of that process.

Every athlete, in fact every person, can be forgiven for quitting when things are down and it appears the best times are behind them, thankfully Tara Welling didn’t follow this path. Instead she formed her own path to becoming a double National Champion.

Beginners luck might not feel like luck in running because after all it always demands hard work, but for Tara early success came relatively simply. A string of success throughout her career were hard earned and savored, but she would learn that they had come with relative ease. From high school state champion, to collegiate leader in the 10k, to 6th at the 2012 Olympic Trials, Tara surprised many with her ability to just keep excelling.

Tara’s initial peak came with a podium finish at the 2013 US championships in 3rd place. While this should have been the stepping stone to further success, it turned out to be the moment before her career nearly ended.

Pushing to hit the time necessary to qualify for the World Championships led to a leg injury, which led to another injury. Before long she was unsponsored, not running and far from the national spotlight.

Running can be a frustrating sport and no one would have begrudged Tara if she’d quietly chosen to retire in 2014. But that’s not the path Tara chose.

Luckily running also affords many possible paths to success. Under a new coach, with a new training philosophy and freshly injury free, Tara went on to the recent highlights of her career:

Now, Tara’s passion is helping other runners find their own path to success.