In this post by Alan, he shares his tips to Speed Development which can be applied for runners of all distances.

Alan is an Online Running Coach for RunDoyen and you can visit his personal profile page at RunDoyen.com/Alan where he offers Personal Coaching, Custom Training Plans, or Video Chat Consultations.

One of the most common training questions I get about my career is how I maintained and developed speed for distance running. In this post, I wanted to share a few insights that I gleaned during my career as a miler.

Use it or lose it.

I’ve always liked mixing in a few short reps at the end of a workout to finish on a fast pace on already tired legs. For example, 4 x 100m or 4 x 200m with 60 to 90 seconds rest will give you a taste of speed on a strength/aerobic day. You can also pick one day a week where you do 4 x 150m on an easy day to prime your system for a hard workout the following day, but I’d also be careful not to do this too often. Your body can only absorb so much, so it’s important to integrate full recovery days as well.

In my career, short intervals were a staple for me, and I’d use them in different ways. Beginning in the fall of 2006, I developed a routine on Mondays where I would do 2 x 200m, 2 x 150m, and 2 x 120m after an 8-mile run. I would work into it and then start rolling by the 120s. I’d chase that with a hard workout the next day, already feeling awake when the workout began thanks to the speed the day before. It was just enough to touch some speed but not take away from the hard effort the following day.

I loved finishing workouts strong. Many of my workouts would start conservatively and end fast, which is something anyone can do. Let’s say you’re running a workout of 4-6 x 800m. Start at your 10k race pace and only take 60 seconds recovery than add 20 to 40 seconds recovery each interval but get faster every rep so you are finishing with 3 to 4 minutes recovery at your goal mile pace. I would extend this to 8 x 800m a couple times a year, and my last two reps added together were often a good predictor of my mile pace. For instance, in the spring of 2007, two months before I set the American record (3:46.9), those last two reps were 2:00.0 and 1:48.9.

Doing the more intense speed training creates micro tears in your muscles and fatigues your neuromuscular system. Allowing 7-14 days between high volumes of speed work to let your body heal and adapt to the speed is important. Hammering out 10 x 400m is great for speed development, but you need to spread out this type of session in your training plan, mixing in tempo runs and middle range (600m-mile) intervals to stimulate different energy systems while your body heals. Think of it as slowing down to speed up again. In the fall of 2006, over a three-week period I ran 5 x mile repeats; 10 x 200m hills; 8 x 1200m intervals; a 5-mile tempo; a combo 800m/400m workout; and finally a 5 x 5:00 hilly fartlek with the aforementioned short Monday 150m sessions for an extra taste of speed. I prioritized speed development, but I always complemented it with a solid blend of work touching on different paces.

Build your power with hills.

Hills are a great way to help clean up your form, and better form for me translated into faster times. I always battled over-striding, and it’s really hard to over-stride when you run up a hill! Doing hill repeats on a hard day or seeking out a hilly trail for some easier distance runs are some of the traditional ways to incorporate them. Personally, I did a few hill repeat workouts, but I preferred to seek out hilly terrain for fartleks and long runs. A favorite way I’d incorporate hills during my time in Northern Virginia was what my training group called “Difficult Run” that went through Great Falls National Park. We would meet at a dirt parking lot that was at the convergence of the Difficult Run stream system that feeds the Potomac River near the falls. The trail ran along the Potomac past the falls, and if you went out 6 miles and back you would run over two different hills each way that were about a kilometer long and moderately steep grade (hard, but not quite a knee-scraper). I would really push on those hills and get more than 2.5 miles of informal hill work without a structure hill repeat workout.

Wow! That’s a lot of stuff to do for speed development, so I will end by saying that finding balance between getting all this work in and recovering properly from the work is the key to speed. I learned to enjoy the variety of it all. Love what you do and you will eventually succeed: that’s something I drive home to all of my RunDoyen athletes. 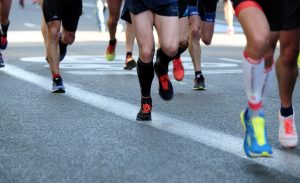 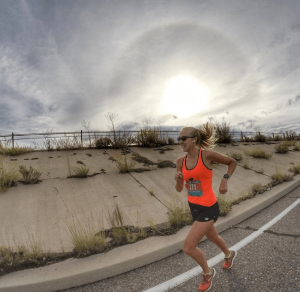 10K Training Plan: How to prepare for a 10K race